Video gaming is one of the most popular pastime activities, evidenced by over 2 billion gamers worldwide. This number is continuously rising with the growth of the video game industry and the development of advanced technologies. If you’re a diehard fan of Fortnite or FIFA 20, you’d know the world’s craze for these games.

Apart from the well-known massively multiplayer online games (MMOGs), there are numerous other games you can immerse in. Action, action-adventure, horror, simulation, and roleplay are some hot-favorite game genres in 2020. PCs, gaming consoles, and mobile phones are heavily used for video gaming.

More and more game developers are entering the market to meet the ever-increasing demands of this industry. There are thousands of registered and active game developers, each with its specifications. But the world’s top 10 video game companies hold the power to shift and endorse trends that no one else can. Therefore, we’ll walk you through the biggest game studios in this quick guide and shed some light on their hot-selling games.

We came up with this list after thoroughly assessing these game developers and their best video games, besides taking feedback from video game enthusiasts and reading reviews. So, without further ado, let’s go to our rundown of the top video gaming companies in the world.

Sony is the unbeaten king in the gaming industry for decades now. Since its launch in 1946, Sony has brought countless innovations and trends to interactive entertainment. The gaming market goes gaga with every update to their PlayStation series. Sony game development company generated $20.84 billion in 2019 alone, something no one else could achieve. If you’re a fan of classic action-adventure battles, a PlayStation console will be your best buddy. Sony produces games for its hand-held PlayStation consoles that bring massive gaming revenue to the company every year.

Nintendo is a Japan-based game development studio, best known for its video game console Nintendo Switch. While Nintendo has actively been developing games for a considerable time, its popularity has skyrocketed in recent years. Its $12.12 billion game revenues in 2020 secured the 2nd position in the game industry. Nintendo’s most popular games include the Mario series, Pokémon, and The Legend of Zelda. The company’s Nintendo Switch is a heavily purchased and liked game console across the world.

Microsoft has made its mark in the gaming industry with back-to-back innovations and exclusivity. Its user-friendly video gaming consoles are hot-favorite among gamers of all age groups. In 2019, Microsoft made $11.39 billion in games revenue, thanks to its user-oriented products. Xbox 360 and Xbox One are the company’s best-selling gaming consoles. Moreover, Microsoft’s interactive games like Minecraft, Halo Series, and Candy Crush are the most played video games on mobiles and computers.

This Chinese IT titan is hard-to-beat in battleground games. The company’s most famous game is Crossfire – a heavily-played game on all gaming platforms. Tencent generated an impressive revenue of $9.2 billion in 2019, thanks to its unique game development standards. Tencent’s multiplayer game League of legends is the biggest gem in its crown. Gamers that don’t compromise on gameplays and aspire for challenging battle games greatly admire Tencent games.

If you’re a video game enthusiast, chances are you have either played or know about Activision Blizzard’s most played video game, Call of Duty. This gaming studio started its journey in 2008 and has secured a place in the top-10 names already. Activision Blizzard’s revenue stood at $6.49 billion in 2019, which is expected to increase in the coming years. Other famous games from this developer include Crash Bandicoot series, Spyro the Dragon, and Tony Hawk.

With games like Starwars Battlefront and FIFA20 under its name, Electronic Arts is one of the biggest names in the American Gaming industry. This company was established in 1982 and has heavily impacted the gaming world since then. Electronic Arts is well-admired for its interactive entertainment services and quality gameplays. EA’s revenue hit $5.1 billion in 2019 due to its increasing fame. FIFA20 has been a gamechanger for this company, thanks to its insane admiration by the masses.

Bandai Namco is a Japanese video game developer that started operations in 2006. The company gained great popularity after developing some amazing games, including Dragon Ball Z, Pac Man, Tekken, and the ever-famous Naruto series. Around 500 million people play Pac Man as of the current statistics, a milestone only a few can reach. Bandai Namco’s current revenue stands at $3.2 billion a year, which is continuously on the rise.

This America-based game developer is acclaimed by the critics and admired by the players. Grand Theft Auto is an evergreen game that holds a special place for passionate gamers. Other popular games produced by Take-Two Interactive include Red Dead, Borderlands, and NBA2K. According to the recent stats, this game franchise made $3.1 billion from its highly grossing game.

Square Enix is a Japanese game development company that is rapidly expanding towards the western world. The company started producing video games in 2003 and has given several record-breaking games to the computer gaming world. Square Enix’s $2.5 billion revenue in 2019 came from its popular games like Space Invaders, Bubble Bobble, Final Fantasy, and Kingdom Hearts. This company specializes in the battleground and multiplayer games niche.

Epic Games is an American game developer best known for its interactive video games. Their best-selling game, Fortnite, launched in 201, garnered massive success in a short span. Today, Fortnite has 350 million registered players all over the world. Another super hit game by this studio is One Must Fall: 2097. Epic Games generated a $1.8 billion revenue in 2019-2020, which secured this company’s place in our top 10 list.

The United States and Japan are the leaders in the world’s gaming market. Although hundreds of game developers enter the industry each year, the developers on this list have secured their positions for several years now. 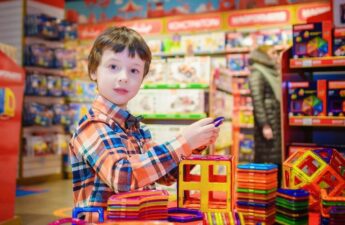