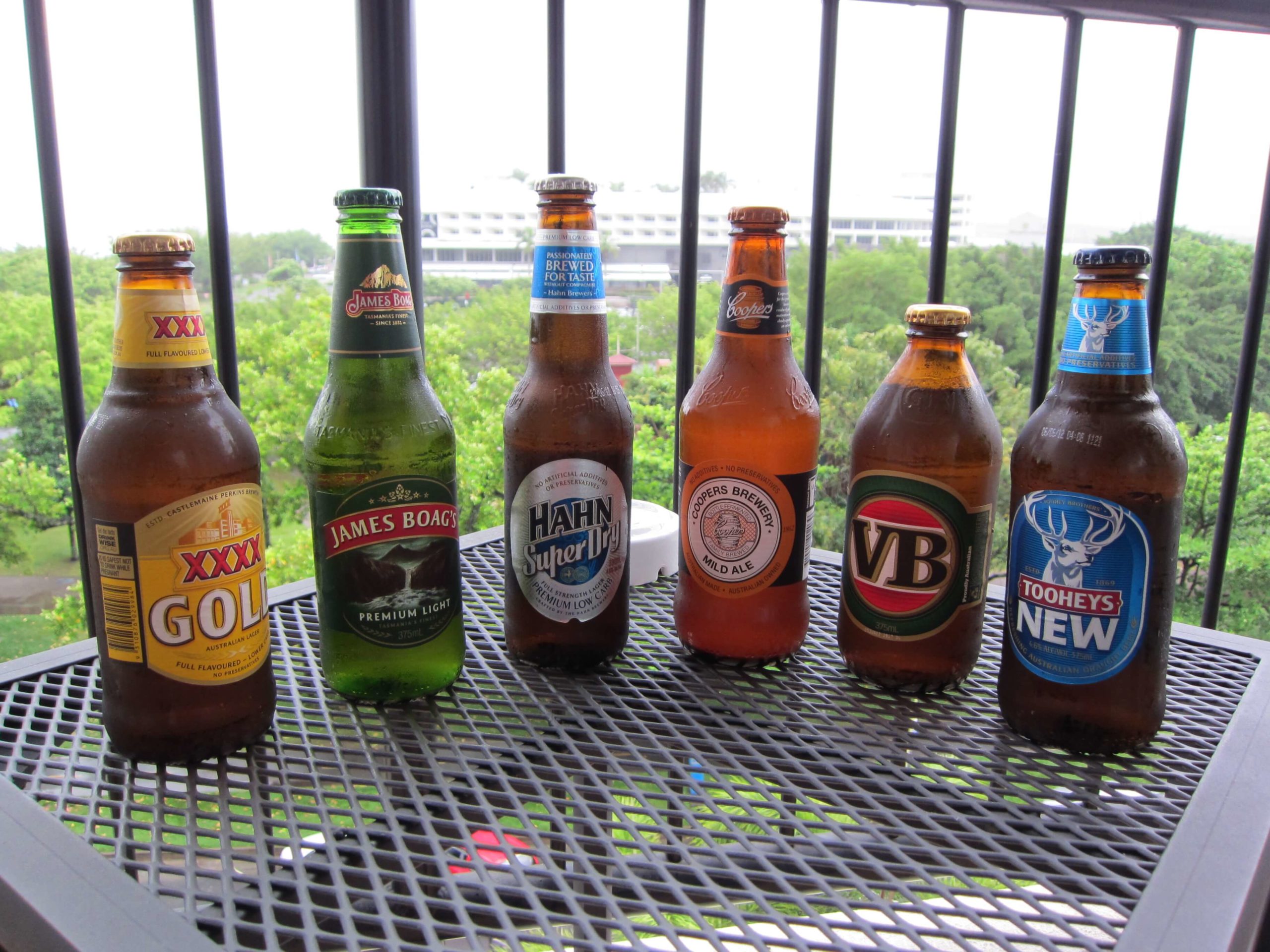 When it comes to drinking alcohol, Australians don’t get shy, at least now when they have many available brands to choose from. It doesn’t matter what part of town you reside in; it is easy for you to get access to quality and well-brewed beers from both international and local distilleries. So without any further delays, here are ten of the best beer brands that you can enjoy in Australia.

If you reside around Victoria, then you are already familiar with this Australian beer brand that has been around since 1968. There are many monikers that the locals use in describing Victoria Bitters, and you want to get familiar with these names too. Some refer to it as Victory Beer, Vitamin B, or Vomit Bomb, whichever one you choose to go with, just know that when they refer to VB, they are talking about the Victoria Bitters.

Another Australian beer worthy of note is the Tooheys brand, located north of the border in New South Wales. It features one of the finest craft-brewed lagers from the hard work and sweat of the Tooheys brothers who migrated from Ireland to the suburbs of Lidcombe. There are three popular beer brands from this brewing company, and they are the Tooheys New, Crisp Tooheys Extra Dry, and the Dark Ale Tooheys Old.

Coopers is the largest locally owned brewery in all of Australia, and they are a family-owned brand operating from Adelaide. They specialize in a variety of brewing options, including light beer and even home brewing equipment. The green pale ale is one of the most popular choices from Coopers, and they also have a strong marketing strategy, which makes it possible to find a can or bottle of Coopers in any part of Australia or overseas.

Another famous Australian beer brand is the XXXX pronounced as four ex. The brewery that churns out the four ex is located in Queensland, and they have been in business for almost a century. So you can expect that they are a household name in and around Australia. There are several products from this brewing company, but the mid-strength XXXX Gold is one that many locals like to enjoy. So when next you are in town and need a heavy or light lager, you know which one to go with.

For almost two centuries, the Cascade Australian lagers have been in the business of providing the good people of Mount Wellington with premium lager. It is the oldest brewery in Australia that has continuously been in operation. Aside from the fact that the majority of the folks from South Hobert down to the north of Tasmania rely on Cascade for their daily supply of beer, the scenic route that leads to the factory is another reason why they find it hard to ignore this beer manufacturer.

Another famous Aussie brand of beer is the Carlton Draught. They stock a variety of brew options, including light lager, and others that pack quite a punch. The brewery is located in Victoria and manufactured by Carlton & United Breweries. It is available for sale in 330 ml and 750 ml bottles, and in 375 ml cans, so you can find one that is enough to quench your thirst. Although there have been slight changes in the amount of alcohol in each Carlton Draught, you still get a pale smooth finish that you’ll surely enjoy.

One of the things that makes this Aussie beer brand popular, aside from its smooth taste, is the history surrounding the founder. James Squire, an English born thief, was convicted and sent to Sydney in 1788 but found freedom and then began cultivating hops and later opened his brewery. Since the early 19th Century, the business has concerned itself with a line of beers that all tell a tale. Some worth of mention includes the One Fifty Lashes Pale Ale and the Nine Tales Original Amber Ale.

The city of Bundaberg is not only famous for its rum, but its brewery also makes one of the finest beers you can find around. They own one of the finest Australian ginger beer brands, that is more popular with weight watchers and those on a diet. You also get to enjoy a recipe that combines fresh ginger and sugar cane to provide you with a refreshing premium lager. You can see the herb pieces floating inside the bottle, so you can be sure that it comes packed with a natural remedy.

Although a much newer beer brand, Little Creatures also makes it on the list of the biggest Australian beer brands you can trust. Since opening a shop in 2000 out of an old waterfront warehouse in Fremantle, they have been able to keep up with supplying a variety of pale ale to meet their consumer needs. If you are familiar with Canadian Coors Light, then the 4.6% Pilsner from LC is something similar.

And last but not least we have Hahn Super Dry beer. If you love to enjoy a low-carb beer, then the Hahn Super Dry is one of the common ones you can find anywhere in Australia. It contains 70% less carb than regular lager, which is why it is one of the go-to brands for many Aussie weight watchers. The brewery is based in Sydney, and they have been in operation since 1986.