Vodka is unarguably a favorite alcoholic beverage of most Americans. Besides being more accessible, the clear distilled spirit that originated in Poland and Russia lacks a considerable flavor profile. As such, it can mix well with almost everything, including soda water, tonic water, orange juice, and grape juice.

While most vodka brands are typically made from grains or potatoes, not all of them are created equal. And there are so many vodka brands in the market, ranging from Absolut to Grey Goose and Smirnoff to Single Estate rye vodka, that picking the right one can be daunting. Buying a bottle of vodka is a tricky job, especially for those who do not have a lot of experience in choosing their boozes.

When buying vodka, remember that there are three main types of the spirit: plain vodka, fruit or herbal vodka, and flavored vodka. The good news is that vodka is a drink of all occasions, and you can use it in many different cocktails, with or without food.

Best Vodka Brands in the US

A good vodka tastes neither too sharp nor too subtle to die down when it’s on its way from your mouth to the stomach. As vodka lovers, we all want good texture, pleasant aroma, and good taste in our vodkas.

With a little probe into the vodka makers, we’ve compiled some top brands of vodka that will give you the best drinking experience of your life.

Absolut was founded by Lars Olssen Smith, also the inventor of fractional distillation, in 1879. Absolut Vodka contains 40% alcohol by volume, which means that its overdose may have you heading to your nearest pharmacy for an aspirin early morning. The company is famous for its innovative and diversified vodka flavors that you can drink straight. Its numerous editions always have its buyers on their toes. While some people may not agree that it is the best vodka brand in the US, but considering its moderate price and quality, it is worth every penny.

Compared to other brands in the booze industry, Grey Goose is a relatively new brand, yet it has quickly secured a top echelon and permeated the alcohol market. The company claims that its products are made from winter wheat grown on French farms and distilled five times. Grey Goose contains 40% alcohol. If you love cocktails, add one of the many Grey Goose’ flavors, and you’re good to go.

Winter Palace is your go-to brand if you crave subtle sweetness in your vodka drink. Made from pure grains, the product comes to formation after six distillations. This French vodka takes the cake with its clean and crisp taste. It is one of the many super-premium French vodkas that Americans adore. This brand’s many different flavors are classic and quite mixable.

If you ever wanted to get a taste vodka crafted with glacial spring water, and not just any glacial water, but one from Iceland, Reyka has your back. At an average price of $19, the Icelandic vodka is said to be one of the cleanest vodkas available in the US. It is filtered using volcanic rocks and made from a blend of barley and wheat. When it comes to taste, Reyka vodka is slick with a moderately full body.

Belvedere vodka is perfect as a pre-dinner cocktail. It doesn’t just come in a bottle that looks frosted and posh but tastes great too. This Polish vodka is worth a spot at your home. Every flavor from this brand oozes elegance, besides adding beauty to the bar. Made from fermented rye, Belvedere vodka is distilled four times.

This corn-based Russian vodka brand is not a new name in the vodka market. It was founded in 1864 by a Russian serf. The Smirnoff No. 21 Vodka comes in a whopping 40 different flavors, with the company shipping them to over 130 countries. In fact, Smirnoff is counted among the top vodka sellers in the world. The vodka company claims to triple distilled Smirnoff No. 21, followed by ten times filtration. This Russian vodka is hard to replace because of its fantastic taste.

Some products need repeated advertisements, whereas others have set a benchmark in the industry and require no introduction. The Van Gogh Vodka is a name synonymous with luxury and one of the best vodka brands in the US. Distilled from wheat sourced from farms in France, Germany, and the Netherland, this vodka contains almost 40% alcohol. Most of its content comprises of natural ingredients bottled 70 proof, except for Citroen, and orange flavors that are bottled 80 proof. If you ever want to treat yourself with a top-notch Dutch vodka, Van Gogh is your go-to brand.

The England-based Three Olives vodkas are 80 proof. The vodka company is well known for introducing unique flavors. In the past, it has introduced and discontinued several flavored vodkas, such as Tartz and Dude. Made from wheat and distilled four times, Three Olives vodkas contain 40% alcohol. Its unorthodox flavors include triple-shot espresso, root beer, and tomato, which deserve a shot when you want to fix your mood. Three Olives might not be a top-selling vodka brand, but its continuous presentation of newer editions always has the real vodka drinkers on the edge of their seats.

This brand comes packed in beautiful packaging. The company literally fills its vodkas in a crystal container shaped like a skull. You can buy a bottle of this premium vodka at an average price of $66. This luxury vodka brand was co-founded by actor Dan Aykroyd and fine artist John Alexander. This quadruple distilled beverage contains 40% alcohol.

The France-based Ciroc vodka lives up to the hype with its phenomenal flavors. Containing 40% alcohol and being distilled five times, this grape vodka is a top-shelf product. Ciroc’s red berry, coconut, peach, and pineapple flavor bottles are some of its most selling ones.

Next time when you’re headed to a liquor store to buy liquor, we hope you’ll know what to fill your cart with after seeing our list of the top 10 popular vodka brands. The process of vodka’s distillation usually determines its quality, and a cheap brand generally indicates low quality. But there are a few reasonably priced brands that still offer the best value for your money. We’ve covered both the premium and cheaper but valuable brands in this article. Use this article as a guide to buy your vodka now, and you’ll thank us later. 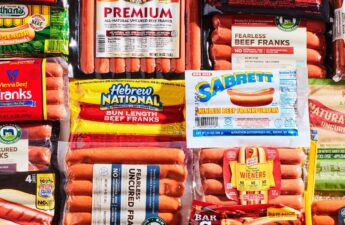 Top 10 Hot Dog Brands in the US 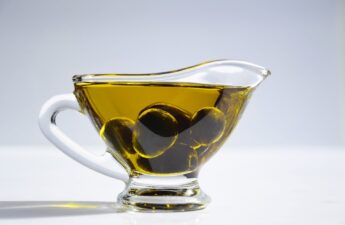 Top 10 Olive Oil Brands in the US 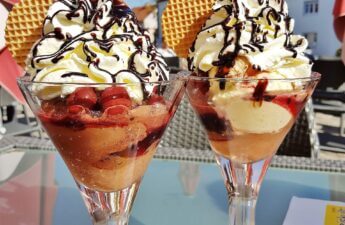 Top 10 Ice Cream Brands in the US