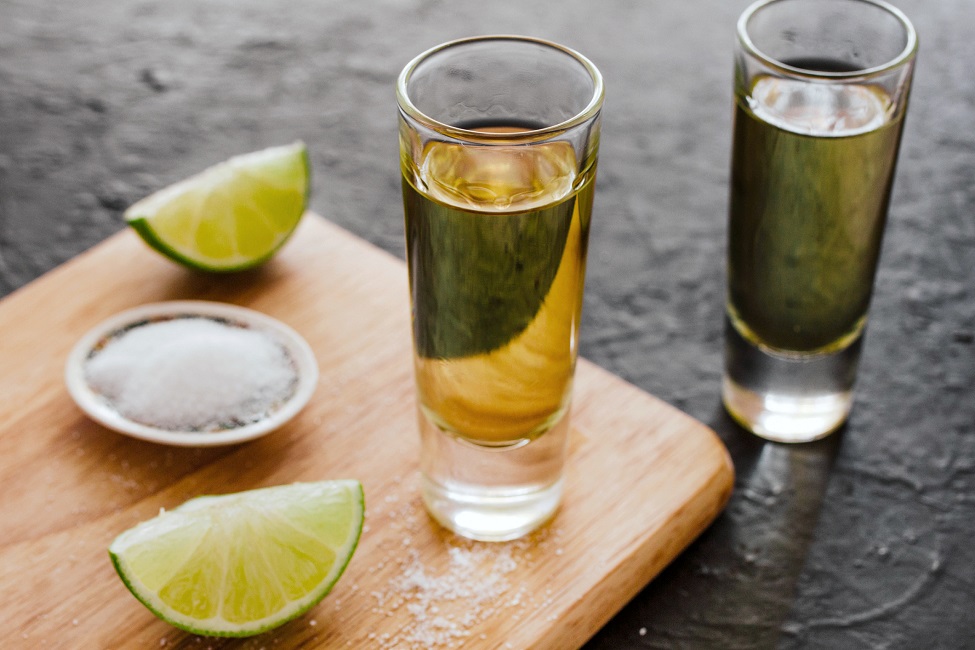 Over the past few years, the agave-based liquor tequila shots have enjoyed the admiration not only from critics and connoisseurs but have also stolen the shows at parties. It has transformed its status from a mere college or youngster party serving to sophisticated brands and labels with a well-deserved neatly decorated shelf for itself. Whether you like tequila for Margaritas or just for sipping while chatting, you can ignore the complex flavor or the fervor of this agave spirit. So, if you wish to hit the best tequila for your party you need to dig in more about different tequilas brands like Barrel-Aged Anejo, Reposado, Blanco, and Extra Anejo. Here you will read about the top ten tequila brands, why they are popular, and more.

Why Is Tequila So Popular?

The growing interest of celebrities and branding of tequila as a cool drink has made it quite popular among people of all ages, especially the youth who love to break boundaries. Other factors are variety and the latest trend.

Originating in Mexico, today the Tequila craze is swiftly taking over the market with an amazing 46% hike in the demand of the tequila market in 2020, as stated by Patron marketing VP Adrian Parker. (Forbes) Celebs also find this beverage cool, and not to forget a million hits the brand launches fetch on Instagram and social media. George Clooney and Rande Gerber are among the greatest tequila manufacturers that set the bar of excellence in terms of financial success with their brand tequila venture Casamigos being sold to Diageo for $1billion in 2017.

The trend has set a fire in the market, with all celebrities venturing into tequila brands. Nick Jonas’ venture Villa One had a grand launch in 2019. Michael Jordan is the co-founder of the popular brand Cincoro tequila. Dwayne “The Rock” Johnson launched Teremana Tequila in 2020 which has created record shipping of 400,000 cases in a year and is expected to hit $2 billion sales. Rita Ora, the rapper, Justin Timberlake, and a trail of Hollywood stars are now associated with tequila brands.

What Are the Types of Tequila Brands?

Speaking about types of tequila brands, let’s focus only on high-quality tequila brands, which are specially crafted from the blue agave plant and traditionally distilled twice after a minimum maturation period of six years to derive 100% agave.

Among the many options to fantasize and amaze tequila lovers, Silver tequila catches the fine preference of most tequila fans, with its spectacular crystal clear appeal. Blanco tequila is yet another popular type that has a smooth taste. Speaking of types of tequila, the list is incomplete without the mention of barrel-aged Reposado and Anejo tequilas for those who can handle the blaze of these. Anejo has set a parameter of a high standard among tequila types for its full-bodied and complex flavor, with the caramel color, instigating the richness even in the glass. Next, read about some great tequila brands.

Casamigos is like a style hinge among Hollywood celebs, undoubtedly because of its co-founder George Clooney and its smooth and clear taste. Crafted in Jalisco highlands, Casamigos is known for its pure blue agave origin. Casamigos has evolved a preference not only for celeb branding but for quality. For over two months it is distilled in stainless steel barrels, and finally, when it is served it celebrates the citrus notes, a perfect blend of sweet and smooth agave with a hint of vanilla.

This award-winning tequila has won many prestigious competitions and has a broad range to offer in authentic tequila such as Anejo, Mezcal, Blanco, Reposado, etc.

A Sophie Decobecq creation, Calle 23, is a brand popularly known for being an unaged 100% agave tequila. Sophie is a French microbiologist who mastered the art of distilling agave spirit not in Mexico but in South Africa and then started her business in Mexico itself. The founder takes every bit of care to stand by the company motto “Agave you my heart” and pours in the soul to this amazing agave spirit, with no compromise in the quality and art of traditional ovens. Calle 23 can be found on all shelves of Balance, Anejo as well as Reposado.

Patrón is a legacy among premium tequila over 25 years when it launched over a quarter-century ago. Patrón is one of the high-end tequilas and highly crazed after, with the Roca range being one of the most popular types from Patrón. Roca is one of the finest Patrón lineups, different from other Patron labels, in this piñas are crushed exclusively in a traditional tahona stone, which creates its distinguished flavor altogether. Patrón’s limited edition collections are also worth a try, like Estate Release, a silver tequila made from 100% agave especially grown around the distillery. Patrón En Lalique is yet another fine variation distilled in American oak, French oak, and even in sherry barrels for eight long years.

Espolòn is filled with soulful notes of agave and a distinct aroma of spice. Espolòn might not be among the high-priced tequilas, yet you simply cannot ignore the flavor and richness of it. Crafted into fine spirit in the Highlands of Jalisco, the piñas here in the distilleries are roasted in modern autoclaves. It is distilled in both column stills and pots and aged especially in American oaks, though in smaller barrels. The Anejo from Espolòn is aged for two more months in heavily charred barrels.

Don Julio now breathes under the bestselling spirit flagship Diageo, however, it was first launched best-selling brand, Don Julio launched in 1942 and was named after Don Julio González. As the name suggests, the brand was named after the founder. One of the classic smooth tequilas, Don Julio is popular for a long and elaborate distillation process. You can enjoy the hint of citrus and fullness of taste in every sip of it. It engraves its name among one of the bestselling tequilas for grabbing the bestseller rank for the sixth consecutive year. You can enjoy a wholesome collection of Don Julio available in Anejo, Blanco, real, 70 Anejo Claro, 1942, and Reposado. Among the exclusive picks of Don Julio, you simply cannot dare to forget Double Cask Lagavulin, Private Cask, and Double Cask editions.

The league of terroir concept to tequila was initially introduced by Ocho, one of the best-selling premium tequila brands. Ocho remains transparent, with a notation of production year and location on the label of every tequila bottle. It is premium not only for being the oldest brand in the market but even for the age-old traditional distillation process. Ocho has a wide spectrum of tequila range Extra Anejo, Plata, Anejo Single Barrel, Extra Anejo Single Barrel, and Reposado. However, the smoothest tequila crown is accredited to Ocho Anejo, an exclusively estate-grown vintage label, and it is also popularly tagged as the premium ‘Tequila vintage’.

Though not counted among the premium rack holders, it is indeed a state-of-the-art craftsmanship empire built by bartenders Henry Besant and Dre Masso in collaboration with Maestro Tequilero Jesús Hernandez. Hernandez takes a personal interest in checking and invigilating every phase of crafting tequila, from agave to aging process. His son Jesús takes interest in the distillation process, incorporating that personal touch. Olmeca Altos too has crafty variations like Reposado, Plata, Anejo.

Deviating from the traditional distillation art of tequila, which passes through two distillations, Corralejo endures tripling distillation. To elaborate, Corralejo uses a copper pot still, a column still, and finally a copper pot to complete the distillation process. Corralejo has established a renowned market for its variety of authentic tequila in Mexico. With a strong essence of vanilla aroma, hints of pear, and spicy fervor of peppercorn Corralejo’s Reposado tequila celebrates the true essence of tequila in light straw color. It is often enjoyed as classic cocktails.

According to the global market popularity trends, one of the best quality and finest tequila brands available on the market is Casa Noble. It is labeled as organic, single-barrel offerings and is renowned for its distinguished crispness and classic tequilas.

Casa Noble is perhaps a heritage label that has been mastering the art of tequila crafting for over seven generations. The signature style of Casa Noble lies in the personalized signature marketing in every bottle which is equally distributed with signs of Maestro Tequilero, Pepe Hermosillo, and Founder.

One of the rarest collections from Casa Noble is Single Barrel Extra Anejo Tequila, which can be spotted rarely in the market. Every batch of production, 300-360 bottles, is treated with utmost passion and aged in lightly charred French white oak barrels for a minimum of five years. You can flaunt your taste buds and amuse your senses with notes of hazelnut, butterscotch, vanilla, and chocolate.

With an experience of over five generations in the craftsmanship of tequila making, Fortaleza was launched in 2005. Fortaleza adheres to the traditional crafting of tequila, where 100% agave is cooked in stone for over 36 hours. In 2020, Fortaleza was crowned as the sixth best-selling premium tequila. The varieties of Fortaleza that you can try out include Anejo, Blanco, and Reposado. However, still-strength Balance is of the finest of Fortaleza.

The tequila craze is growing everywhere, not only because celebs are into it, but also for the blast of flavors. Wine and whiskey lovers too nowadays enjoy tequila shots due to the smoothness. You can try any of the above-listed tequila brands next time you go to a party.