Top Expensive Spices That Add The Most Flavor To Your Food 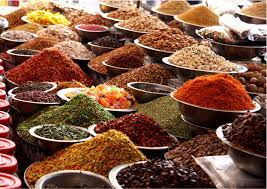 Want to know “What is the most expensive spice?” Well, you are on the right page.

Spices have been a vast area of research for a long time now. Even in ancient days, explorers traveled many lands in search of new spices, which depict their importance. Spices may sometimes be overlooked, but their contribution to the culinary world is priceless. Once these were discovered, they literally became an indispensable part of cooking.

Although the price of the spices goes up and down, people still buy them to satisfy their taste buds and due to their health benefits. In fact, some spices are so expensive that a kilogram of them can cost as much as a small car. Let us know more about what is the most expensive spice.

Most expensive spices of the world

Spices are parts of plants and are valued so much because of the exotic aroma and flavors they contain. These help to accentuate the flavor and taste of food. There are many spices many of us may not even know about like grains of paradise, fennel pollen, Pasilla de Oaxaca chile, etc. Some of the world’s most expensive spices are listed below.

Saffron can be expensive than gold. By far, saffron is the world’s most expensive spice. These appear as delicate red strings and cost between $500 to $5000 for one pound. Now, the first question that pops up in everyone’s mind is why it is so expensive. It is because the harvesting of saffron takes a lot of hard work.

The single strings of saffron crocus are basically crocus flowers stigma and because they are delicate to handle, they need to be collected with caution. The process is carried out by hand carefully and then stigmas are left to dry. Also, an interesting fact to know is that each flower only contains three stigmas.

Apparently, one gram of saffron contains 500 threads, and it takes around 70,000 flowers to produce that much amount of saffron. It is a member of the Iridaceae family and is mainly cultivated in countries like Spain, Italy, France, Greece, and Morocco. Moreover, it is used as a coloring element in a variety of rice dishes.

The second among the world’s most expensive spices is Mahlab. It is extensively sourced from the Middle East, Southern Europe, and Mediterranean region and is extracted from a cherry seed. It contains a unique blend of almond, cherry, and rose flavor and is used commonly in chocolate, scones, ice cream, and pastries.

You might be shocked to see this one in the list of the most expensive spice in the world, given the fact that it is part of our daily usage. However, here we are not referring to the extract you use. Instead, we are talking about the vanilla pods that are pricey. It cost around $566 for a pound. These tiny seeds are used in desserts to add a fantastic flavor that no other essence can provide. These are native to Mexico and mainly cultivated on the islands of the Indian Ocean.

Unchallenged among the list of the most expensive spice in the world is long pepper. It both looks and tastes like black pepper but has an extra kick to it. The Romans have been using this spice for a long time now and it has been recently adopted by the Chili.

However, it also is a famous spice in India, Pakistan, and Nepal. The spice adds a mellow yet complex flavor to soups, pickles, stews, curries, and marinades. Another interesting fact is that it has tremendous health benefits; thus, the demand for this spice is high. It cost around $416 for a pound.

Kaffir lime leaves also known as Indonesian limes, come from a wild variety of lime. It is another world’s most expensive spice and costs around $233 for a pound. It grows in the US, California, Florida, Australia, and tropical Asian regions like Indonesia, India, Bangladesh, Malaysia, Thailand, and the Philippines. Moreover, because of its intense citrus flavor, it is used commonly in curries and soups.

It is hard to believe that such small cardamom pods can cost around $266 for one pound. However, it is among the world’s most expensive spices because it is hard to harvest. The plant from which the pods are extracted originates in southwest India. Notably, Guatemala is the world’s large-scale exporter and producer of cardamom.

Cardamom comes in two varieties. One is black that is larger and contains more smoke flavoring. It is extensively used in dishes like biryani and curry. The second one i.e., green cardamom is more common. It is used in coffee, tea, sweets, and also in baked items. In fact, cardamom is also used by many pharmaceutical companies.

The price of these spices is set according to their supplies and demands. However, they are primarily expensive either because of a limited supply or because it takes a lot of effort to harvest. So, if you find it at a lower price, be aware of the quality as some sellers also deal with fake spices.