What is the difference between cayenne pepper and chili powder? 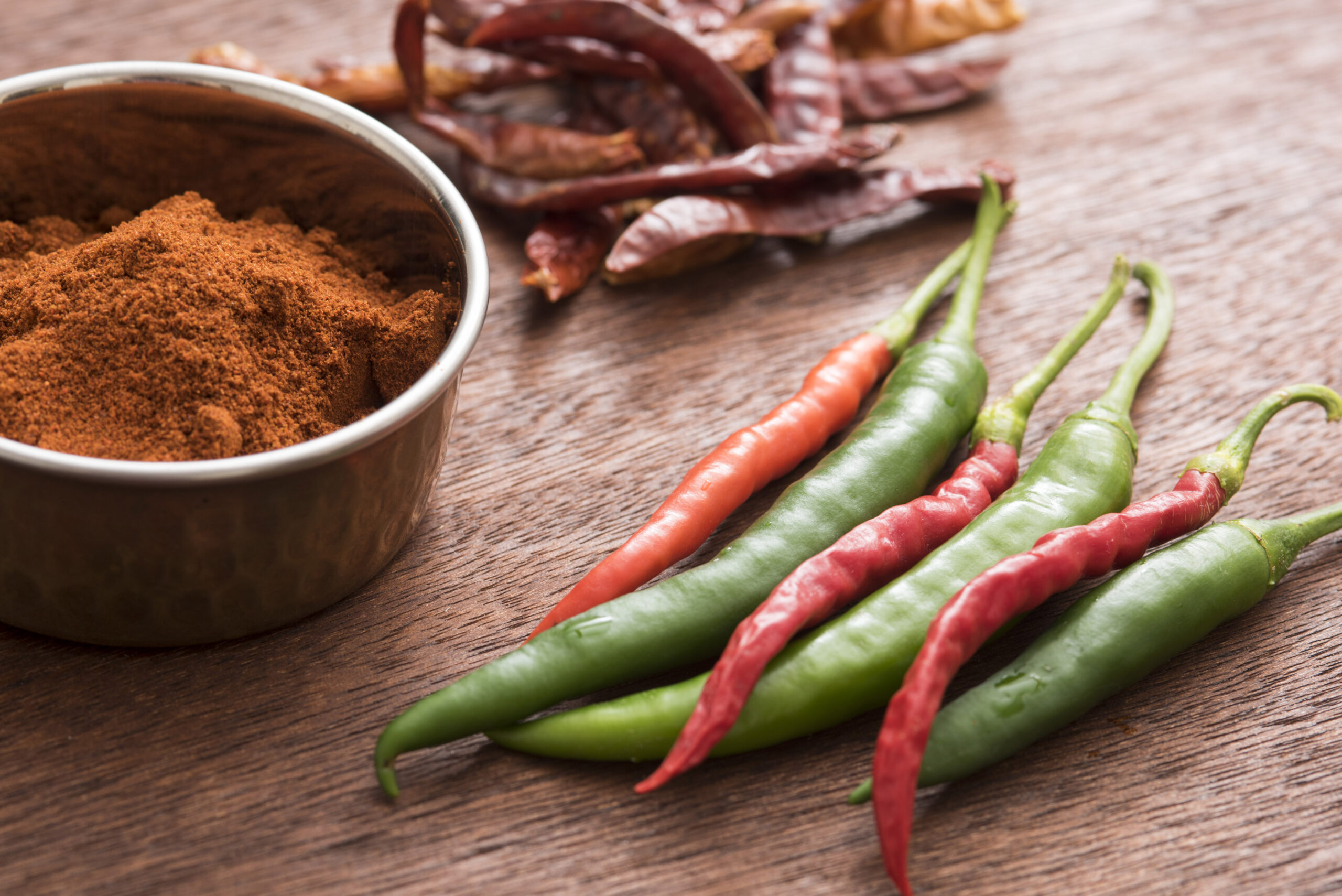 Not every amateur chef has cayenne pepper and chili in the house at the same time. But although both products are visually very similar, they should not be used as a substitute for the other spice. The reason is quite simple: chili powder has only a relatively mild spiciness, usually between 500 and 1,000 Scoville, depending on the exact variety, while cayenne pepper is known for a very intense and strong spiciness. Milder varieties have a value of 2500 to 5000 Scoville, but usually, the spiciness is between 30,000 and 60,000 Scoville, which makes an extreme difference to chili. However, in both cases, the ingredient capsaicin is responsible for the spiciness.

So what exactly is cayenne pepper?

Cayenne pepper is nothing more than ground chili peppers. The chili variety Cayenne (Capsicum annuum var. Acuminatum), which belongs to the nightshade family and bears red or yellow fruits, depending on the species, is the source of the name. Cayenne pepper, in contrast to classic pepper, is therefore by no means obtained from the fruit of a pepper plant, even if the name erroneously suggests this. The spice originated in South America and was used as a substitute for black pepper as early as the 15th century. Only in very rare cases are spice powders made from other similar varieties sold under the name cayenne pepper. The fruits of the chili plant Cayenne can be used not only on the ground but also fresh, they came and still often appear in the Cajun cuisine of Louisiana.

And what is the difference with chili?

Chili (or chili powder), on the other hand, is a hot mixture of various spices. The basic ingredients include cayenne pepper, garlic, cumin, and oregano. Some blends also add nutmeg, cinnamon, coriander, and/or cloves. Chili powder is thus a mix of many different ingredients and should not be confused with the pure finely ground chili known as cayenne pepper. By the way, chili has its origin in the American Tex-Mex cuisine. D. C. Pendry (Fort Worth, Texas) developed the first ready-to-use blends available commercially in 1890.

Classic pepper and its difference from chili and cayenne pepper

Classic household pepper is obtained from a pepper plant (Piper nigrum) and, depending on the type, can be green, black, white, and even red. The difference between the individual varieties lies in their respective degree of pungency: green pepper, for example, has a degree of the pungency of 2 and is quite mild and aromatic, while black pepper has a degree of pungency of 4 and is thus very hot. The degree of pungency, in turn, depends on the method of production and the stage of ripeness of the pepper fruit. Thus, green pepper is obtained from unripe and early harvested fruits, while fully ripe fruits are used for white pepper. In order not to confuse the name of the classic pepper with the related spices chili and cayenne pepper, professional chefs speak of “real pepper”, but this term has not become established colloquially.  India, Borneo, Cambodia, and Malaysia are the most important countries of origin.