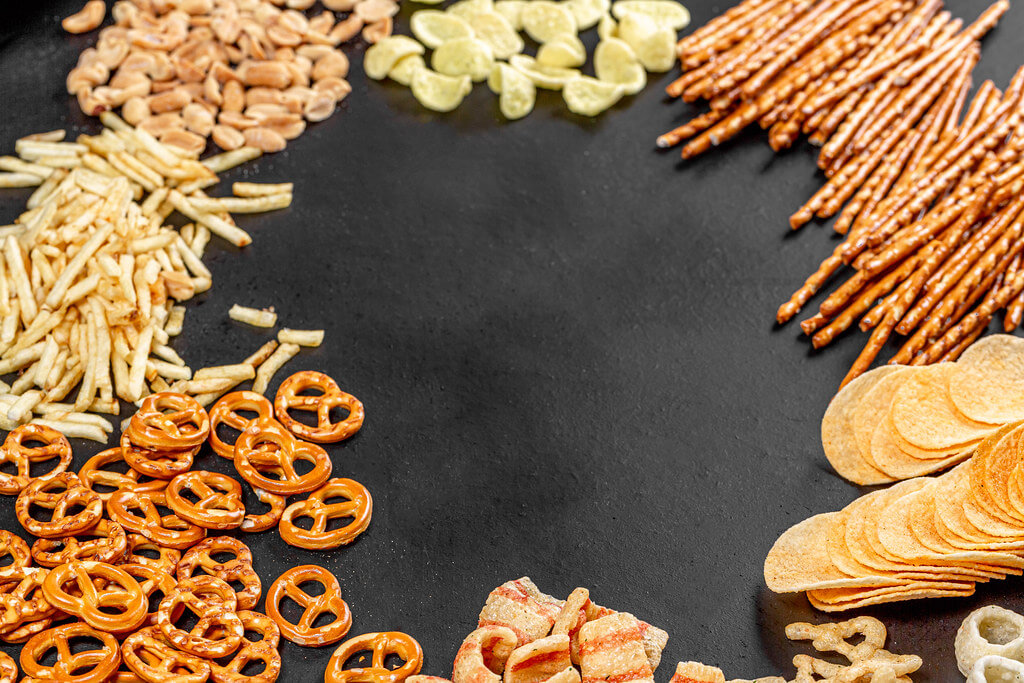 Snacks are a staple for Americans, and most of them indulge in snacks more than meals. Whether it’s a movie or game night, no one ever says “no” to snacks. With the rise of the pandemic, the stats suggest that the consumption of snacks by Americans has significantly increased. There’s no doubt in this, as snacks are very easy to munch on and require absolutely no effort to prepare. Even if you have leftovers, you can always take advantage of the best silicone storage bags on the market to maintain the freshness and crispiness of snacks.

You may have already tried a variety of US snack brands such as Reese’s, Hershey’s, M&M’s, Pringles, Oreos, etc. Whether you’re bored with them or you merely want to give your taste buds a new flavorful experience, you can check out the top five US snack bands listed below.

Ritz Crackers was originally founded by Nabisco in 1934 after getting inspired by its competitor Sunshine Biscuits, which also produced butter crackers. Now, Ritz is the leading brand in the market for scrumptious crackers, and it is owned by Mondelēz International.

Ritz promises top-notch quality and super crispy crackers, and its innovative inner-seal packaging design is self-evident of this. Their crackers are round in shape with a scalloped design on the border and sprinkled salt on one side.

They have a wide variety of flavors for individuals with different preferences such as whole wheat, garlic butter, honey wheat, roasted vegetable, salt & vinegar, cream cheese & onion, and more.

Lay’s was set up by Herman Lay in Nashville, Tennessee in 1932, and it is a subsidiary of PepsiCo. It specializes in potato chips and has been in the market for over 80 years. It was the first snack brand ever to produce and play commercials on TV, which led to more popularity over the years.

It even keeps launching limited-edition flavors according to the likes of its customers from time to time to capture their attention and stay relevant in the industry. It also offers other types such as dips, stax, poppables, wavy, and kettle-cooked.

Doritos is a subsidiary of PepsiCo as well, and it was introduced in 1964. However, it became available to the American nation in 1966 and is produced by Frito-Lay. Doritos made tortilla chips available in the United States of America for the first time ever.

The very first Doritos were not flavored, but with time, the first three flavors introduced were: toasted corn, taco, and nacho cheese. It is one of the most popular snack brands in the USA because of its amazing flavorings and seasonings.

It is also one of the main sponsors of Super Bowl events and earned more than $2.4 billion in the year 2019.

The founder of Fritos inspired him to create Cheetos in 1948, and it was subsequently taken over by Frito-Lay in 1965. It is well-known for its crunchy corn puff snacks and has around 21 different delicious flavors like cheese, white cheddar, flaming hot, and cheddar jalapeño cheese.

It comes in different forms now such as crunchy, puffs, popcorn, fantastic, and baked. Its official mascot, “Chester Cheetah” has gained a lot of popularity around the globe. In 2010, Cheetos was the bestselling cheese puff brand in the USA.

Fritos was set up by Charles Elmer Doolin in 1932 and was taken over by Frito-Lay in 1959. It is very popular among both kids and adults for its scrumptious corn chips and dips.

Instead of tortillas, Fritos corn chips are made using fresh masa dough to ensure the perfect balance of crunch, freshness, and taste. The famous dips come in different flavors such as original bean, hot bean, cheddar cheese, and jalapeño cheddar cheese.

Likewise, different flavors of corn chips are available all over the world and the most popular ones are original, spicy jalapeño, and lightly salted.