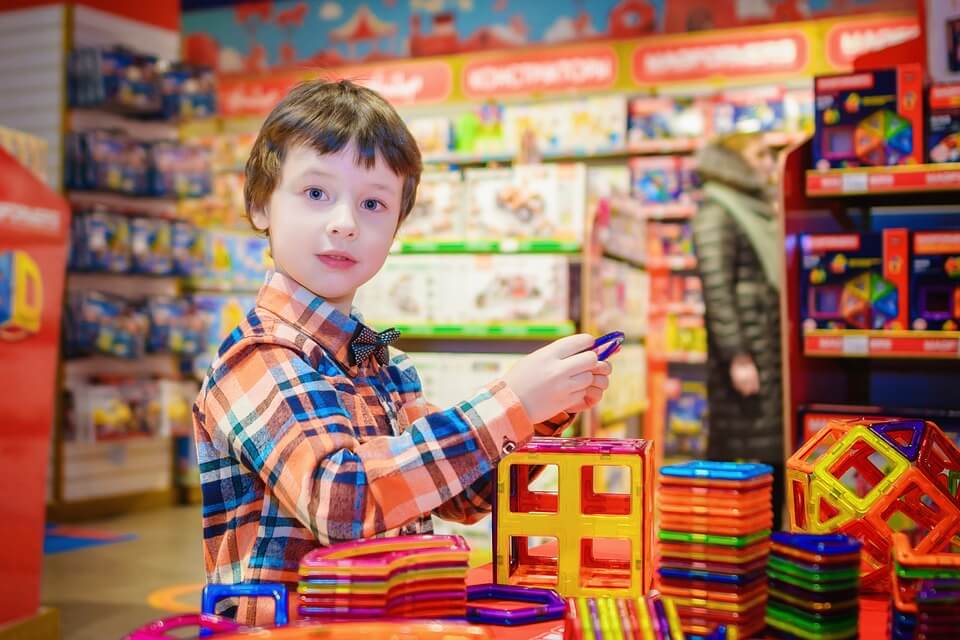 Toys have been an integral part of the lives of children and their parents for centuries, and for all the right reasons. Kids need a distraction, and what better way to keep them busy than to expand their imagination with toy cars, animals, and action figures? Toys allow kids to have a good time, besides helping them to learn a thing or two along the way!

Educational toys can promote creative play while also allowing the development of fine motor skills. For these reasons and more, choosing the right playthings for your kids is pivotal to their physical and mental development.

The toy industry has taken huge strides over the past century, with numerous toy brands gaining immense popularity. And you’d obviously want your kids to have the best toy brands on the market! Let’s take a look at ten of the top toy brands in the US for 2020:

Lego, a household name in the 21st-century toy market, is one of the most iconic toy companies out there. The brand has sold a minimum of 480 billion of its building-block toys since it was founded in 1932. Even though it is headquartered in Denmark, the company does have plenty of offices in the US. Its coveted plastic blocks are enjoyed by children of all ages and can be used to create robots, buildings, and vehicles, among other things.

Fisher-Price – THE MATTEL FAMILY OF BRANDS

Fisher-Price is undoubtedly one of the most popular baby toy brands in the world. The American company was founded in 1930 and is headquartered in New York. Its toys are categorized according to different age groups, such as 0 to 6 months, 6 to 9 months, and so on, allowing parents to pick the right toys for their kids.

Fisher-Price’s toys are known for their top-notch quality and value for money. A few of the most famous toy-lines made by the brand include Power Wheels, Rock-a-Stack, and Chatter Telephone.

Barbie – THE MATTEL FAMILY OF BRANDS

If you’re even slightly familiar with toys, you’ve probably heard of Barbie. This American company has been producing some of the most famous dolls in the world since its inception in 1959. The iconic Barbie doll’s sheer popularity can be inferred by the fact that over 58 million pieces are sold per year. Moreover, clothes and accessories for the dolls have also been selling like hotcakes.

Baby Einstein is one of the most recent additions to the toy industry in the US. It was founded in 1996 and was bought by Disney in 2001. The company was established by a former school teacher, so it is no surprise that it focuses on making educational toys for infants and toddlers. These toys are mostly related to music, art, and movement.

If you’re looking for wooden toys in the US, the Manhattan Toy Company is unarguably the most reliable choice out there. Since its beginning in 1978, the company has aspired to produce toys that are enjoyable and safe for kids. Most of these toys are designed for toddlers and are made using water-based material and top-quality wood. Among them, the Skwish rattle has been one of the most popular choices for generations.

Nerf is yet another top toy manufacturer in the American market. The company is known for its toy weaponry, which is usually foam-based but is sometimes made out of plastic or rubber. Its dart guns have been immensely popular since the 90s, during which the company adopted its ever-present slogan, “It’s Nerf or Nothin.” A few popular products made by the brand include Mega Bulldog (Nerf Accustrike), Hypnos (Nerf Rival), and Nailbiter (Nerf Zombie Strike).

Hot Wheels, as you can probably tell by its name, specializes in toy cars. The company has acquired licenses from numerous automobile manufacturers to make miniature models of their cars. Most of these models are incredibly realistic, making them a collector’s choice for car-lovers of all ages (even adults).

Limited edition models are often designed for collectors. One of the most notable of these limited editions was a 2008 diamond-studded model valued at $140,000!

This list would be incomplete without mentioning Mattel, a leading toy company in the world. It was founded in 1945 and has since expanded to over 40 countries, albeit based in the US. A few of the companies mentioned above, including Barbie, Fisher-Price, Hot Wheels, and Lego, are mere subsidiaries of this powerhouse of a brand. Other products made by it are sold through famous retailers such as Toys “R” Us and Target.

Mattel produces a large variety of toys. Whether you’re looking for a musical toy, a stuffed animal, or an action figure, you’re sure to find one made by the brand at your nearest toy store.

Hasbro is yet another multinational toymaker that is headquartered in the US. It is one of the oldest brands on this list. Having been founded in 1923, the company is second only to Mattel in sales and revenue and is the owner of multiple worldwide toy manufacturers. The most prominent of these include Play-Doh, Mr. Potato Head, My Little Pony, and Nerf.

In addition to toys, Hasbro also produces board games and trading cards. Some of the most popular ones include Monopoly, Dungeons & Dragons, and Trivial Pursuit.

Among all of the kids’ toy brands on this list, Play-Doh is the most creativity-friendly. The company produces modeling-clay products that can be “brought to life” through the imagination of young minds. These toys can be used in arts and crafts, making them a fun way to ignite the artist within a toddler. Play-Doh has been available since 1953, and its popularity has shown no signs of decreasing ever-since.

With the sheer number of toy brands on the market, finding the right toys for kids can be a hassle. The above brands are sure to provide you with the most excellent options out there!

Mini Brands Blind Boxes Your Kids Will Go Crazy For

Top Game Developers in the World