Top Smartphone Brands Worth Checking Out 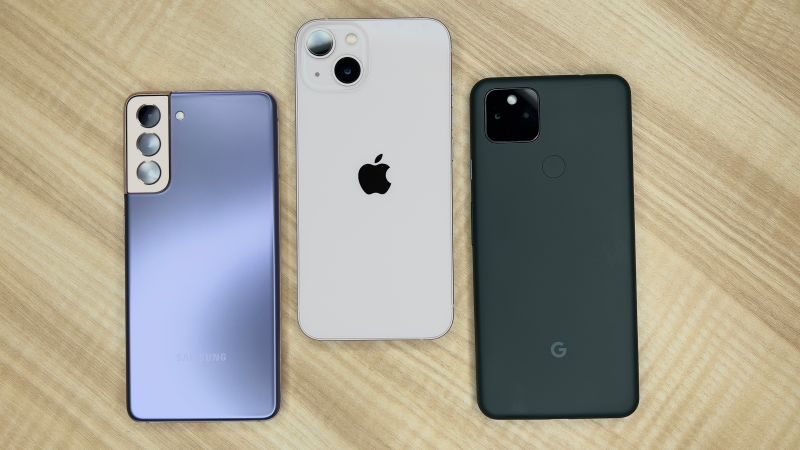 In today’s digital age, smartphones have become an indispensable gadget. From teenagers to adults and even seniors, everyone is hooked to their phones for hours. No wonder the smartphone market is witnessing a buzzing rise in sales year after year. As per Statista.com, today’s smartphone users have surpassed the 6 billion mark; and by 2025, it is expected to cross 7.5 billion. These figures clearly show the reason so many smartphone brands are there in the market. However, some smartphone brands are ahead of others in the popularity race because of branding, innovation, and smart features. This article lists the top smartphone brands in the market and why they are popular.

Samsung showcased a revolutionary growth in sales and demand and has even given Apple tough competition. Some reasons for its stupendous success happen to be the use of advanced technology, a variety of phones in varying price ranges, feature-rich software, and user-friendly features.

Samsung is a South Korean company founded by Lee Byung-chul in 1969. Samsung continues to stay at the top in Q3 of 2021 with 20% of the global market share. Smartphone shipments increased QoQ to 69.3 million units. Its market share in South Korea is a whopping 60%. Swift and smart OS, revolutionary power of six cameras integrated and exceptional AMOLED display unit or foldable smartphone collection, Samsung has always taken the lead step in introducing the latest and intriguing technology.

Furthermore, Samsung has a vast spectrum of products, and smartphones are particularly handled by Samsung Electronics, a subsidiary of its parent company Samsung Group. From Samsung Galaxy S21 to Z Flip 3, they have several best-selling phone models.

Apple Inc is the most well-known luxury smartphone brand, and owning an Apple iPhone is like a status symbol today. The story began with the iPhone leading to Apple becoming one of the Top Electronic Companies in the USA. The first iPhone was launched in the market back in 2007. Today, it has a global market in over 21 countries across the globe. The prime reason for Apple’s popularity is its product branding, exclusiveness, and enhanced customer loyalty.

As of the records of 2021, Apple Inc. is the fourth-largest manufacturer of smartphones in the world. As per Statista.com, it shipped 217.72 million iPhones in 2018. Further, in the US, more than 45 percent of  266 million smartphone users have Apple iPhones. Currently, Apple stands first in the top-selling brands in the list of mobile phone brands in the USA.

LG is yet another renowned electronic company from South Korea, founded in 1958. Headquartered in Seoul, LG Electronics handles the electronics division of the LG Corporation, and it is the fourth-largest electronics enterprise in South Korea. However, due to excessive competition and pandemics, the Electronics segment is in the low waves for the last few years, but despite this fact, LG earned a global revenue of 57 billion USD in 2020.

LG has built a strong brand value in the mobile market with a trail of edging technologies like DTS 3D sound, slim models, triple camera, 1000nits displays, etc. Until now, the most happening Smartphone from LG is Wing 5G which is tagged for USD 800. According to the recent USA Smartphone Companies Market Share Listing of 2021, the Company Holds 3rd Ranking.

LG stands for Lucky Goldstar, started as a high-end initiative in 1958. The founder of the company was Koo-In-Hwoi. However, the brand has witnessed as much as 4.4 billion losses in the last 4 years, and it comes into news that the company will no longer proceed with its smartphone manufacturing ventures.

Xiaomi is yet another brand in the smartphone market, which created a lot of buzz. This Chinese phone brand stands at the fourth spot in the global smartphone market with around 10% market share. It has hit record sales of 119 million units per annum, competing strongly with pre-existing brands in smartphones.

Xiaomi is comparatively a new company that came into existence in the year 2010 as a brainchild of Lei Jun. The company has fared quite well in such a short span. The fact that Xiaomi is listed among the top smartphone brands in 2021 speaks volumes about its quality and performance.

Xiaomi has achieved stupendous success, with a whopping revenue of $25.4 billion and 200+ million smartphone sales in 2020. Headquartered in Beijing, the company started operating as recently as in 2020, and by 5 years it already created a brand value. Xiaomi became one of the popular mobile phone brands, for top-notch technology with affordable prices. Some exciting features in Xiaomi phones include a world-premiere 108 MP Penta camera, 5000mAh battery, AI dual camera, etc.

Motorola is a US multinational company in the smartphone industry, headquartered in Illinois. Motorola has comparatively been in the market for a long time, since 1928. Recently, in 2011, the company was divided into two distinct public initiatives under the name Motorola Solutions and Motorola Mobility. In 2012 Google took over Motorola Mobility, which was later once again overtaken by Lenovo in 2014.

Motorola surfaced as a brand that swept off the market with trendy, affordable, and technology upscale phones. Until 1998, Motorola was a leading brand of mobile phone manufacturing. However, blame it for the brimming rivalry in the market or lack of R&D of marketing and sales, Motorola is somewhat behind in the smartphone race today. However, it still is a leading name in the mobile phone brands list, with a 3.75% Market Share.

A foundation by Google LLC, Google Pixel was launched in 2013. This US-based company has its headquarters in Mountain View, US. With a production capacity of around 10 million units per annum, Google Pixel already holds the 3rd position among the top smartphone brands. Google Pixel also offers a comprehensive subsidiary of Google in handling electronic consumer devices.

Google Pixel is solely associated with Android and Chrome OS-based laptops, smartphones, and tablets. Within a few years of launching Pixel, the smartphone brand has grabbed the 5th Position in the list of the top smartphones with a 2.24% market share in the American Android Smartphone Market Share (2021). Google Pixel today captures the global market and is steadily growing in demand.

Huawei is a well-known Chinese multinational company founded by Ren Zhengfei in 1987. Currently, it stands to be the world’s 3rd best smartphone manufacturing brand. With an astounding 13.5% global market share of the smartphone market. Huawei has a widespread existence in the global market in 170 countries.

Huawei has achieved a production capacity of around 200 million units and has recorded a sale of $107.13 billion in the year 2020. Huawei has always been a hit in the market for its exclusive smartphone designs, the latest features, water-resistant models of smartphones, long battery life, pocket-friendly costing.

Some of its popular models:

Technology has its own swift flow and keeps changing every day, so do the trends in technical devices. Smartphones are the new age friend of humans, who, today, cannot think of life without them. The future is even brighter with all the upcoming smartphone models waiting to sweep you off your feet.

Competition is tough for smartphone companies, and they are coming up with newer models and features like water resistance, powerful processors, etc. to attract more customers.