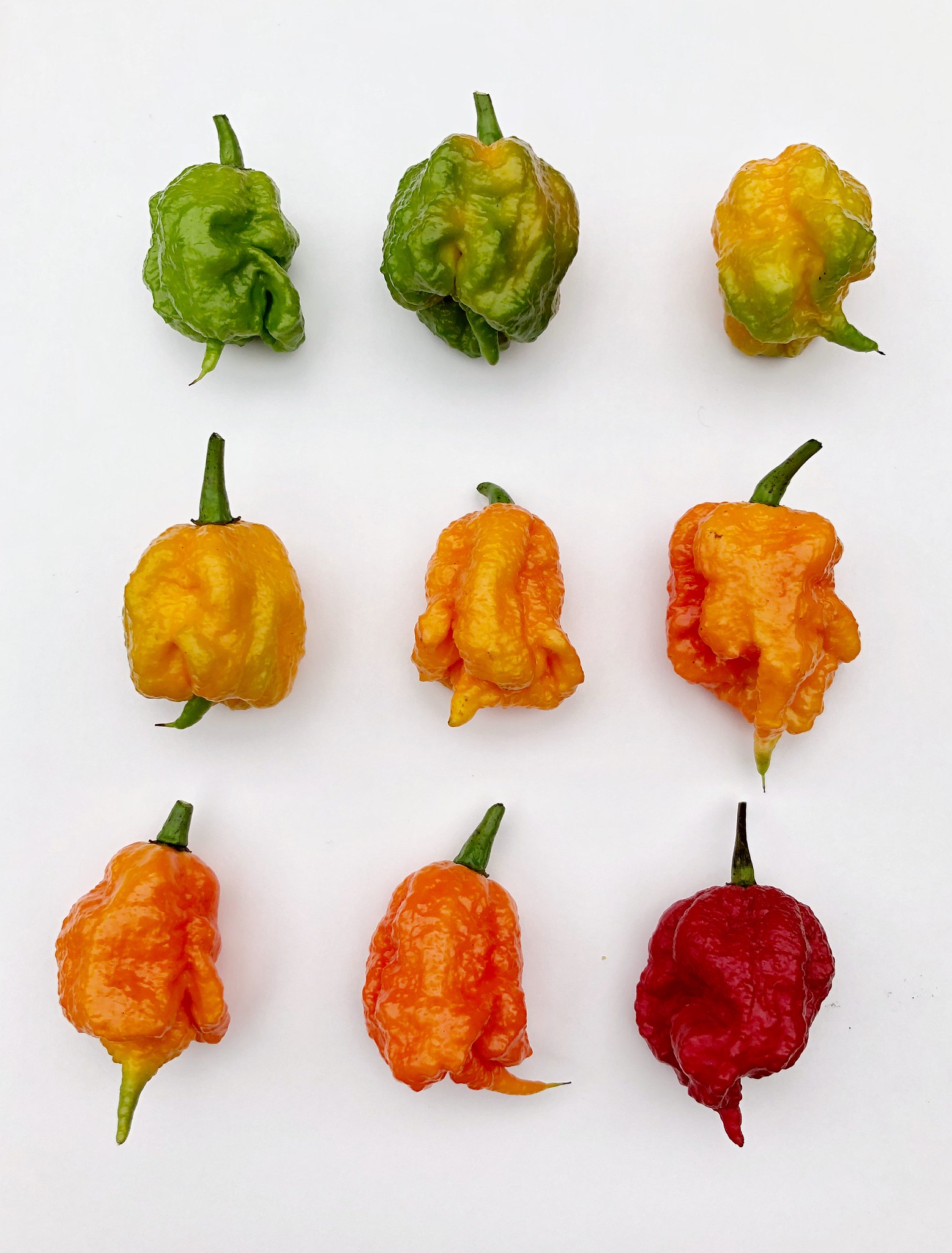 A list of the hottest chili varieties in the world based on Scoville units. The chili bell pepper (short: chili) is the fruit of plants from the genus Capsicum, member of the nightshade family Solanaceae (which also includes the bell bell pepper). The substances that give chili peppers their pungency are capsaicin and related compounds known as capsaicinoids.

The seeds of the chili do not contain capsaicin. The highest concentration of chili is found in the placenta (the fleshy part of the fruit near the stem), with which the seeds are in direct contact, so they are often described as having a spicy taste as well.

The chile plant originated in Mexico. After the Columbian exchange, many varieties of chili pepper spread around the world, used for both food and traditional medicine.

Hottest chilies in the world

The effect of capsaicin is not based on stimulation of the taste buds, but on irritation of the nerves that pick up heat stimuli. These are also activated when you burn your mouth. The body reacts with increased blood flow, one sweats and there can be a release of the happiness hormone endorphin.

Since capsaicin is almost insoluble in water, but very fat-soluble, water does not help against the spiciness. It helps rather fatty foods like butter, cream, chocolate. For the same reason, it does not act as spicy when ingested with fatty foods.

The color of chili is usually not an indication of how spicy it is. The size, however, might tell. The smaller, the hotter.

The Scoville scale is a measure of the spiciness of chili pepper and other hot foods, as recorded in Scoville Heat Units (SHU) based on capsaicin concentration. Pure capsaicin has a heat rating of 16 million SHU.

The original method was based on dilution series followed by tasting by human subjects. The degree of dilution at which no more heat could be detected was expressed as Scoville Grade (SCU for Scoville Units, also: SHU for Scoville Heat Units).

The weakness of this method was based on the different sensitivity of people to chili heat. Since the 1980s, therefore, pungency has been measured by high-performance liquid chromatography (HPLC).