What Is the Most Expensive Fish to Eat? 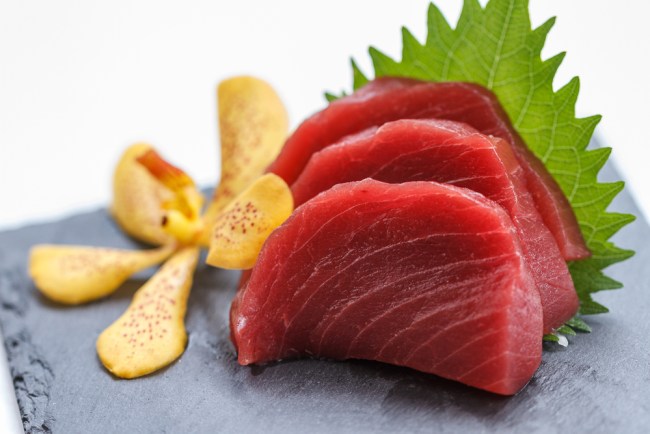 When we talk about basic non-vegetarian food, the first item that comes to our mind is fish. Starting from the small sardines and anchovies to the larger ones like tuna or salmon, various types of fish are consumed across the world. Moreover, with distinct water conditions like current, temperature, depth, and others, different areas in the world are famous for dissimilar fish species. For example, Canada is famous for salmon, but on the other hand, Australia’s most popular species of fish is the John Dory.

The price of fish is mainly determined by factors, such as the rarity and the difficulty of catching the fish, that influence the cost to a great extent. In addition, the weight of the fish, availability in the market, nutritional values, and the texture contribute to critical factors that help the exporters set a particular price for the fish.

Fish is cooked in many various ways like deep-frying, poaching, pan searing and baking, caramelization, and so on. Even though fish is considered to be the cheapest non-vegetarian food ingredient, certain species cost thousands of dollars per piece. Usually, people are unaware of these costliest fish species found in the world. Here we have discussed some of the most expensive fish to eat.

Bluefin Tuna is mainly found in Japanese cuisine and is considered as the topmost fish, having an unbelievable price tag of a thousand dollars, minimum. This one of the most expensive fish to eat is mainly found in three different locations, namely the Pacific, the Atlantic, and the Southern. Out of the three, the Atlantic Bluefin Tuna is an endangered species. This variety of tuna is mainly known for its delicate texture and smooth finesse, which you can see once the poached or seared tuna dish is served on your table.

Considering its benefits, the fish contains several types of mono-saturated fatty acids, which help improve your heart’s health and lower cholesterol levels. In addition, the fish is laden with several micronutrients, which help to boost immunity power and keep you healthier and safer. Even though Bluefin Tuna is an endangered species, they are in high demand and quite hard to catch.

King salmon or the Chinook salmon is yet another one of the most expensive fish to eat in the world. As it is a rare fish, you will find them only during a particular time when they gather around the fishing areas. As a result, they might look like the normal salmon that would be found in almost all the restaurants. But in reality, both the varieties differ in taste and texture of king salmon truly justifies the name. In addition, it is loaded with several omega acids that help keep your blood cholesterol levels at bay and enhance the DHA levels.

Also, when cooked, the fish tastes like heaven with a smooth and silky texture. For cooking king salmon, fillets are used because these large fish have a single bone running through the center of their body. Pan-seared, crusted, grilled, and poached king salmon are some of the best dishes that you should try, along with a great glass of wine.

Pufferfish is more of a deadly organism as compared to a delicious food ingredient. Their spewed liquid is highly poisonous and has the capability of killing 30 humans at a time. That’s why the fish needs to be cooked only by trained chefs who know how to detoxify it and make it edible for people. Due to this, there are only a few cooks who can cook this fish. Even though the pufferfish is abundant in Japan, it is served in very few restaurants. You will find this fish in high-end diners and famous sushi restaurants. It can be quite delicious when seared in butter with fresh herbs and almost feels like medium-cooked meat if cooked properly. It comes as a surprise that when one searches for the most expensive fish to eat, the name of this poisonous fish also pops up.

If you are tired of eating genetically engineered or genetically mutated fish, you should try out the swordfish – a predatory species that is hard to catch and pretty costly in the fish industry. Even though the mouth is pointed like a sword, its entire body is quite flat. To eat fresh swordfish, make sure to visit the restaurants that have it on the menu between August and October. It is because, only during these months, they come up towards the water surface for breeding and mating.

You can cook it in different ways like broiling, pan searing a fillet, poaching the fish, giving it a nice, seared crust, etc. It is rich in antioxidants, which reduce the chances of cancer and help eradicate the early aging of the skin cells. On top of this, this species is high in protein content with no gluten and carb. The fat content mainly consists of omega fatty acids and other monosaturated fats, which are beneficial for your body.

Even though these fish are quite high-priced, tasting them is something a fish lover shouldn’t miss for anything. Firstly, the texture of the cooked Yellowfin tuna is unparalleled. It almost feels like butter, which will immediately melt in your mouth as soon as you take a bite. In addition, it is a great source of vitamin D, selenium, magnesium, and phosphorus. Due to its zero-carb content, Yellowfin tuna is preferred by many people all over the world.

The Tastiest Hummus Types You Should Try Out