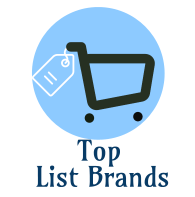 Men want to drive the hottest one, the ladies just want to be in them while the kids just want to own a small version of it. That’s why you are also reading this article. Don’t deny it.

To help feed the obsession more and gain more fans along the way, we take a look into specifically American Car Brands. America holds some of the biggest car manufacturers in the world. The freeways are a testimony to that. So, what are the top 10 car brands in America? Our compilation reveals it all. Buckle in and scroll down.

They say old is gold. And that is something Chrysler is proud to represent. It is one of the oldest car manufacturing companies in America. The car brand is referred to as one of the “Big Three” American automobile car manufacturers in the Country. Currently, ownership is under the Fiat Chrysler Automobiles (FCA) amalgam.

The car brand stands out in the production of cars, sedans, minivans, and SUVs. However, it is not all rosy.  Under FCA, Chrysler has struggled to maintain its glory among car companies. Evidence is in the fact that they have only released 3 new car models in the market; the Chrysler 300, Chrysler Pacifica, and Voyager. In the future, we hope to see it rise to its former glory.

In Detroit, Michigan,  an entrepreneur and a rally car driver linked up. Two friends, two co-founders. The entrepreneur was William Durant and the driver Louis Chevrolet. The company largely sells affordable vehicles with a few sports cars and high-performance models here and there.

The American automobile company is known for producing peerless, classic machines, and luxurious cars. Be it in an urban or in the wild west. They fit right in. Just take a look at the movies. I am sure you can spot either the Corvette and Camaro. Remember the Transformers Series?

Tesla took the car brand industry by storm. It was the first among car companies to release a series of successful electric cars after years and years of failure. Tesla’s American made cars are powered by lithium-ion cells. While other top brand ranking car manufacturers, both locally and abroad, have sought to enter into the electric car niche, Tesla still remains in top position.

This car brand is for the futuristic-minded individual. One who wants to embrace the future of transportation. If you are also an environmentalist with some pocket change, why not put your money where your mouth is? After all, there is no emission of exhaust fumes.

The next entrant of the “Big Three” American car manufacturers is here. And it needs no introduction. The brand’s inception takes us back to 1903. Henry Ford cemented the place of Ford in American car lore history.

Ford is the highest-ranked American automobile company in the Consumer Reports. This speaks of its reliability among car companies. This has been reflected in sales statistics. And as they say, numbers never lie. In the year 2019, Statista reported that the Ford F-Series was rated as the best-selling truck in the United States. The same could be repeated this year.

If you are in need of an all-round utility vehicle, then this is just the car for you. And also, for those of you who choose trucks over sports cars or electric cars.

Planning to get an SUV? Then probably a Jeep is already in your mind. Like the phoenix from the ashes, this SUV company became prominent in the post World War II period. That’s why some of the models have a militaristic look. The car had been used frequently by the US Army in WWII. The term ‘Jeep” became synonymous with light Army 4x4s. Jeep decided to stick to that model. Currently, it is owned by the American-Italian car manufacturer conglomerate Fiat Chrysler Automobiles.

American made cars such as the Jeep Cherokee and Wrangler have been widely reviewed for their off-road abilities because these cars are designed to handle harsh conditions.

Think of GMC and only one word comes to mind. Heavy. Tracing its roots all the way to the beginning of the last century, GMC’s niche is in commercial vehicles and trucks. Sports Cars? Luxurious Cars? No sir. Like we said before, one word sets it apart from most car manufacturers. Heavy.

The American-made car company has stuck true to its roots. Their current supply of vehicles has not changed. GMC dealers will offer you SUVs, one or two vans, and a surprise – a broad variety of trucks. Their consistency has led to being a household name in the truck industry.

This top brand ranking, car company began as a truck line under Dodge before striking out on its own. This was after Fiat acquired Chrysler in 2010. The acquisition by Fiat Chrysler Automobiles came with some changes. Rebranding allowed Ram to focus on producing unique cars to their increasing customer base. In 2019, they came in second in America’s best-selling pick-up trucks, according to Forbes.

The truck company has received accolades for its dominance. Ram car models have won some accolades as Motor Trend Truck of the Year. In 2019, the Ram 1500 won the Truck of the year while the Ram Heavy Duty scooped the award. A truly dominant performance.

Another Detroit based company is here. Cadillac. The name sounds kind of foreign and it is. The car brand was named in honor of an adventurer who discovered Detroit City. The French explorer, Antoine Laumet de La Mothe Cadillac.

Since its inception, Cadillac has established itself as a luxurious car brand. Its range of prestige cars speaks for itself. This is a car you arrive in, cruising gently at the speed limit.

The company is named after Abraham Lincoln. It was established in 1917 by Henry Leland. It was originally formed as the Lincoln Motor Company before its acquisition by Ford in 1922. Edsel’s son, the president of Ford company at that time, didn’t reinvent the wheel. Pun intended. He took guidance from the original master plan. The designs he incorporated only sought to increase its notoriety as a luxurious car brand.

This list would not have been a true “top 10 American car brands” article without this mention. Dodge’s high-performance sports cars have popularized the company. Their knowledge of car performance speaks of their origin. It was a car parts supplier store in the 1900s. They emerged in 1914 with their first automobiles. Over the years, they have stuck to producing performance vehicles and SUVs.

There you have it, the top car brands in America. All the car manufacturers have something different that they bring to the table. Sports cars, luxurious cars, electric cars. You name it. In the end, remember one thing. If you are to choose from one of the American car brands above, it must fit you as the driver.