Cayenne pepper substitute: What are the alternatives? 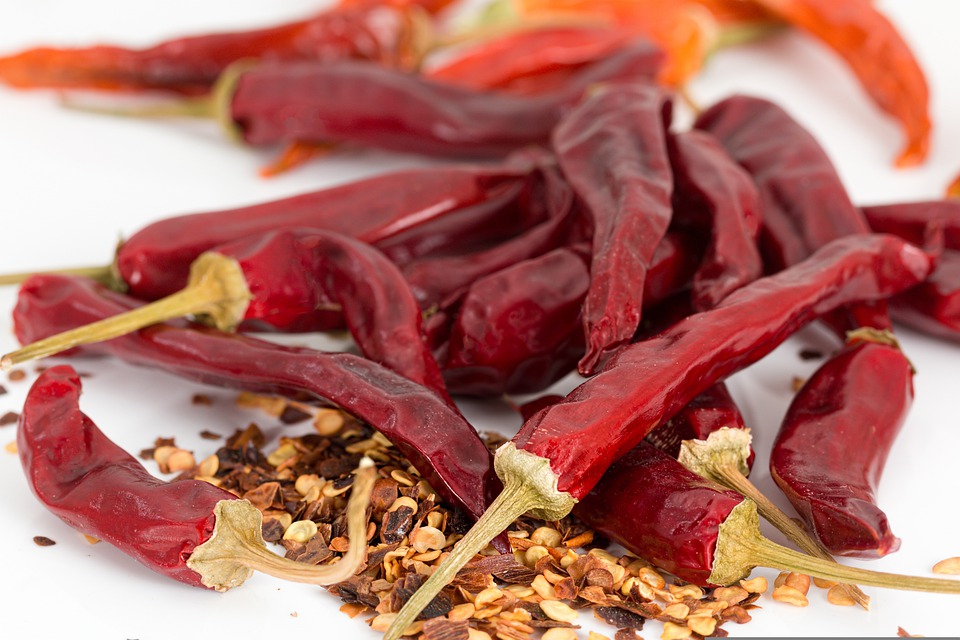 You probably know it: You are cooking a dish and suddenly you come across an ingredient that you had overlooked before. Not infrequently, this can be cayenne pepper, which is popular in many recipes but is not available in every household. But what is this cayenne pepper anyway, how does it taste and how can you replace it? Simple.

Cayenne pepper, unlike the name suggests, is not pepper. For this reason, it should be mentioned in advance that you cannot simply replace cayenne pepper with red pepper. Instead, the spice refers to nothing more than ground-dried chili peppers. There are no other spices involved here – so it’s really pure chili. You will also notice this quickly in terms of taste. Because you will not notice any special flavors. Instead, the cayenne pepper gives dishes a pure hot taste. This spiciness is pungent and intense, which is why it is indicated with about 30 000-60 000 Scoville.

In which dishes are the hot pepper used?

Cayenne pepper can be used in many ways. It is simply added to dishes when they need to be spicy. But the red powder also acts as a colorant, although you should dose it carefully. In short, you can spice up stews, soups, casseroles, sauces, marinades, or even drinks with cayenne pepper. In the same way, it is possible to sprinkle the cayenne pepper over the finished dishes when garnishing them or to put it on the table for seasoning.

Since cayenne pepper has little flavor of its own and is primarily hot, you can basically substitute it with all sorts of hot spices. However, since most spices bring their own flavor, you can change the flavor of the dish. Some alternatives provide fruity flavors, while others bring bitterness. This doesn’t have to be a bad thing, though, as it makes some dishes even better.

Chili flakes don’t give off the rich red color to your dish, but they do make it spicy. So the spiciness varies depending on the variety and the cayenne pepper can be replaced well. However, hot bell pepper flakes can have a bitter or smoky flavor. Thus, the taste can also change.

Dried chili flakes, fortunately, most people have at home. They are virtually the all-rounder when a dish is to be spicy, which is why they can also ideally replace cayenne pepper. To do this, simply grind the chili peppers with a grinder, crumble them in your hand or chop them on the cutting board.

You see: Almost anything spicy can be used as a substitute for cayenne pepper. If you just have a few fresh chilies on hand or even in a pot on the balcony, you can of course simply use them for spices. However, pay attention to the type of chili, as the spiciness here can vary widely. For example, a habanero can have a spiciness of 300,000 Scoville. So it is really fiery hot and can make the whole dish inedible if the dosage is too high. Just cut a little of the fresh chilies into the dish.

Paprika hot red stands out with a pleasant spiciness. However, it is not very hot and can be dosed accordingly quietly high. The advantage is also that the powder gives the dish just like the cayenne pepper a red color.

Pepperoncini can also be easily used to spice up your dish. Like the fresh chili pepper, you can chop them up and add them to the dish. Here, too, a lighter spiciness is perceptible, which is why you can dose them well. By the way: Pickled peppers can also give your dish a pleasant spiciness including an excellent aroma. Cut them into small pieces and steam them with the onions. Note, however, that the vinegar will add a sour note to the dish.

Sambal Olek is a thick chili-based seasoning sauce and is accordingly spicy. In addition, it has a pleasant spicy flavor and can add a tasty aroma to your dish as a substitute for cayenne pepper. However, it is not suitable in every case. For this, you can use sambal Olek carelessly well for South American or Far Eastern spicy dishes.

Tabasco can easily be used as a substitute for cayenne pepper. Add a few drops to the pot for this purpose. Exactly you can drip some Tabasco in marinades, where it provides a pleasant and aromatic spiciness. However, here too, note that the hot sauce has other ingredients and accordingly can make your dish sourer.