What are the Top-Rated Drone Brands? 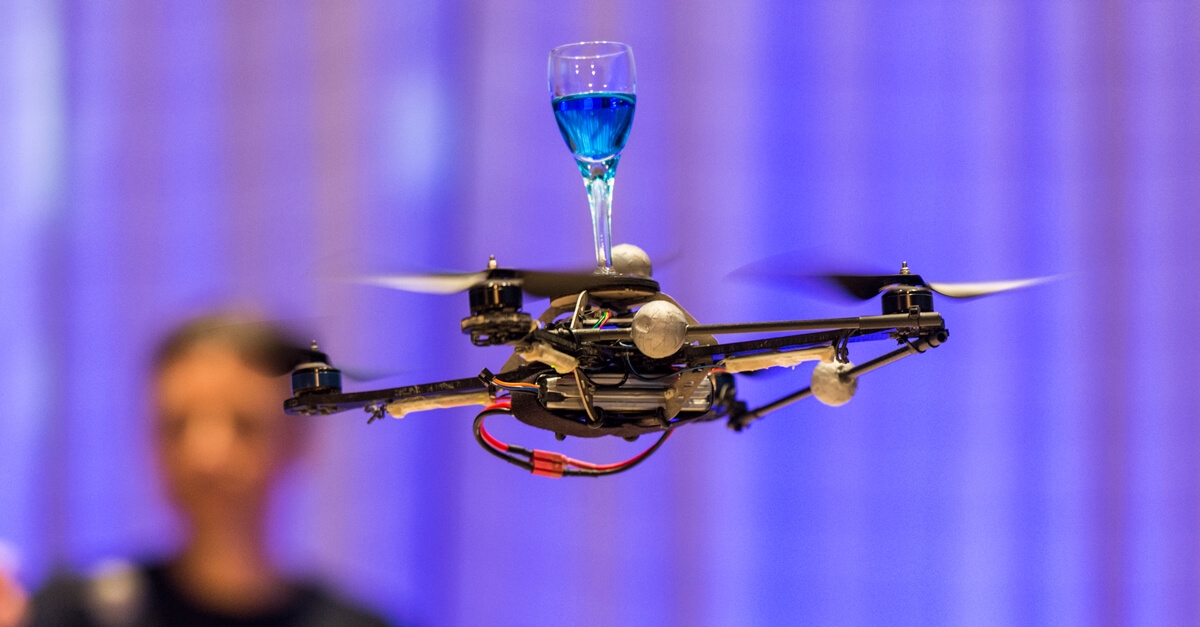 The drone industry is growing due to its increasing use in military applications, mapping and surveying, real estate, agriculture, bird control, and more. The global drone market is expected to prosper continuously, as per expert predictions. Due to increasing demand and need, there are many drone brands that manufacture drones for various purposes. Let’s take a look at some of the best drone brands. But before that, get some drone buying tips.

How to pick the right drone for you?

Finding drones in the market is a very tough thing these days because the markets are flooded with several varieties of them. Finding the best drone brand for yourself is the first thing. To find the best drone, you must consider a few factors like:

Various companies manufacture different types of drones for various purposes as listed below:

DJI is a Chinese company based in Shenzhen, known as China’s Silicon Valley by many. The company has excelled in manufacturing such valuable and premium quality products that they have grown hugely as a company since they began. Today, they have offices all over the world including in countries like the USA, Germany, Netherlands, Japan, South Korea, and cities like Beijing, Shanghai, and Hong Kong.

Among all the top drone brands, DJI Matrice 300 RTK is the best. It is suited for outdoor inspections. It has set the standards of the drone manufacturing industry. Furthermore, it is widely preferred because of a number of factors. The drone can fly up to a minimum of 55 minutes, which is excellent. It operates with TB60 Batteries that are highly reliable. It is also one of the best outdoor drones.

The drones from the company counted as one of the good drone brands that have a 6 directional sensing and positioning system. They have other features like AI spot-checking, Pinpoint, Smart Track, Location Sharing, and Primary Flight Display. These features combined make it the best drone brand in the market. It is one of the best aerial vehicles taking good aerial photos.

It also has a gear that releases quickly and folding arms that make it easy to port, store and be flight-ready. Not only that but it can be charged with the DJI BS60 Battery Station also. This battery station can accommodate eight TB60 batteries and two WB37 remote control batteries. It has a transmission range of approximately 9.3 miles. Another feature of this drone is the UAV Health Management System.

The first Elios was launched in 2016 in Switzerland. It was christened Flyability and now today, they have more than 550 Elios drones to their credit. This makes them one of the leaders in the drone manufacturing industry. Therefore, if you are planning on a drone, you can easily choose one from the wide range of 550 drone types that they manufacture. They have many varieties from high-end drones to very affordable drones.

The Elios drones are one of the best in the drone brands list for indoor inspections.

They are absolutely reliable and give accurate reports while taking inspections indoors. It is one of the most instinctive and natural drones that help to safeguard the workforce working in your plant. It has the ability to signal dangers because of the faultless inspections that it can make. Furthermore, it has a very strong wireless transmission system built-in. The drone is shock-proof, which makes it damage-resistant.

Out of all the features that it is known for, one is its ability to work in spaces that are confined. It can be sent to places where it remains inaccessible to human beings. It can avoid colliding with other objects and barriers that come in its way, giving you accurate pictures of every nook and cranny. You get a clearly visible picture of all your assets and their safety.

It can be launched within minutes with a very easy starting mode, and it is very user-friendly. The Elios 2 has a 4K camera that is capable of giving 12MP still pictures that are absolutely clear. Its video recordings have a resolution of 0.18 mm/PX, which is enough to detect even the tiniest of cracks on the floor. The thermal camera tilts to 180 degrees and is dust-proof. It can be easily maintained, and it is the best thing about the drone.

It can gather data that is streamlined and manages the work in an optimum way. Furthermore, it has the ability of effective data analysis, report preparation, building 3D models, and taking 2D measurements. And, all this happens in a few clicks on the drone’s camera. It also has a 7-vision sensor fitted in, which makes it GPS-free and stable.

It has served a good purpose in many industries like power generation, mining, oil & gas, chemical, and even nuclear plants. With so many varieties to their credit, this drone manufacturer also has a different price range for its products.

It is an American company that is very famously known for the camera moving systems and stabilizers they manufacture. It also has unmanned aerial vehicles for the purpose of aerial cinematography. The company is based in Washington, United States of America. The company came into the limelight when they launched the MoVI M10 camera stabilizers. They were launched as an alternative to the Steadicam. They provided very steady and stable shots by the cameramen.

The Freefly Alta was launched in 2015. The Freefly Alta 8 is a drone that is ready to fly off with multi-rotor platforms that enable cameramen to take aerial cinematography shots. But the downside of this drone camera is that only if you are a pro, you can easily access this. It is not for amateurs; though the company had wanted it to be used by one and all alike. It becomes flight-ready in just about five minutes. Then it is ready to fly off into the air to capture video shots.

In spite of many easily flown drones in the market, the Alta is the best on any given day. Its unique feature is that the camera can be mounted both on the top and the bottom of the drone. In this way, the cameramen get shots from every possible angle that was not possible previously.

It can carry a load of up to 15 pounds and can stay up in the air for about 15 minutes. The drone is fitted with flight controllers that were manufactured in-house. The company is all ready to launch other products named MoVI XL and has a great tool for a cameraman that is known as MIMIC where the camera can be rolled to any and every different position and angle.

This is also another drone from the US manufactured company based in Massachusetts. It is a very compact system that can carry the load of 3 cameras at once. It has a high zooming range with a wide-angle RGB and thermal camera. Furthermore, it is used for safety issues of the public.

The basic features that make this drone very good are that it is highly secure, durable with good imaging capabilities that make it the desired choice of the American army. The SD card in it protects all the pictures taken if it is lost. It is very easily deployed when required. The best thing about it is that it is absolutely noiseless.

Now you have the list of all the drones that are the best in the market. So, you can make your choice based on what you think is best suited for your purpose and technical specifications. Drone companies specialize in drones for outdoors, some for indoors, while some for high-end cinematography, agriculture, public safety, and surveying & mapping. Check out all the best drones in the market and make a wise and informed decision. Never go for cheap drones as they won’t offer good features you would need and expect.