What Are Some Good Music Apps for iPhone? 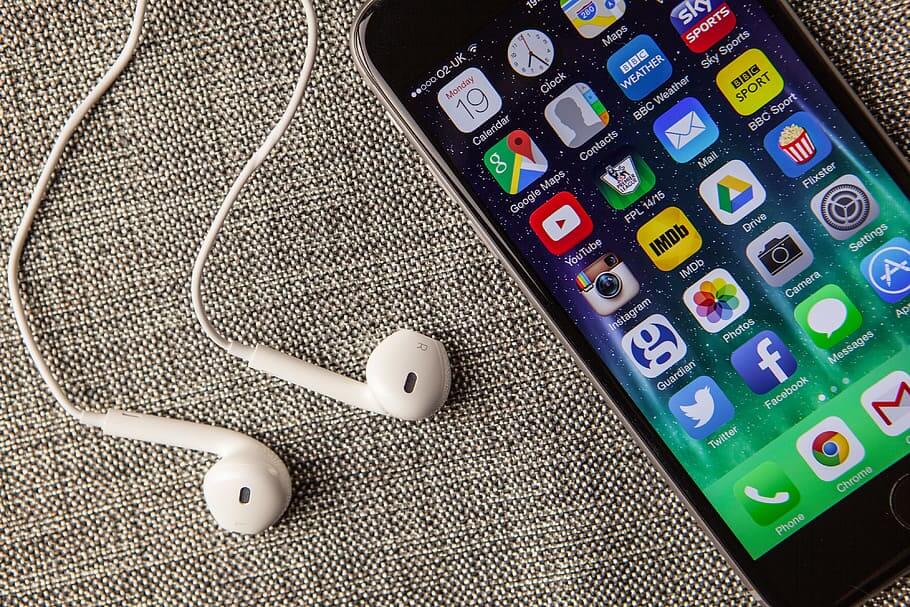 Who doesn’t love music? Music is to soul what cherry is to ice cream. Music makes one feel lively and causes an overflow of emotions in the listener. If you are fond of listening too, this blog is for you. Here we have mentioned some of the best music apps for iPhone. Some of them are free apps, while some require a certain subscription fee. So, let’s get started and explore them all!

We don’t think anyone would be unaware of this app. The increasing popularity of the app has influenced the growth of Spotify growth services. Nowadays, Spotify is considered the leading music app for iPhone. It has a very attractive interface and music player, with the latter one giving an option for showing lyrics.

In addition to this, the Spotify app gives access to very well-organized playlists to its users, which changes from time to time. This allows the users to listen to the most recent and trending music.

The app includes ads, however, you can get them removed by Spotify when you subscribe to a premium plan. This membership will also allow you to listen to high-quality music that is downloadable, so you can listen to it offline.

Apple Music, introduced in 2015, offers a high-quality music experience to its users upon subscription to one of its many membership plans. The music is also downloadable, so you can enjoy it when you don’t have access to the internet. The perks of using Apple Music consist in getting custom playlists for free, depending on your previous music history. Apple Music also allows its users to listen to Beats 1, the global radio station where the songs are played for the whole day. Also, you don’t need to download it separately from the Apple Store since it is in-built in your iPhone’s Music app.

SoundCloud is a music library where any musician can post the results of their creativity. Thanks to the efforts of its founders, one of whom is a professional sound engineer and the other one a musician, SoundCloud set a rather high standard of quality from the very beginning and managed to avoid turning into an ordinary music dump filled with low-quality and pirated content. The service has formed a unique community of independent musicians, and its catalog is quickly filled with unique content. So it is not surprising that just a few years after its launch, SoundCloud cheerfully reported ten million subscribers. Now, over 175 million listeners use the service every month.
In SoundCloud you can find exclusive tracks and mixes from famous musicians and underground producers, which you cannot find on other online music platforms. A convenient filtering system allows you to filter songs by artist, genre, time of addition, and popularity. And, yes, there are also likes, which users use to express their attitude towards the tracks. Thus, it is the listeners who are the main judges on SoundCloud, and they cannot be cheated.
Another great thing is that this app is completely free, and some musicians allow you to download their tracks in lossless compression format.

It is one of the few apps in the App Store that allows you to listen to music in lossless compression formats, such as FLAC, on your iPhone. The quality of such tracks is much higher than in the more common formats MP3 and AAC.
VOX collects your music from different sources into a single feed. For example, if you are subscribed to several music streaming services, the music from them will appear in VOX. SoundCloud, YouTube, and Last.fm are currently supported. The app also displays all music purchased from the iTunes Store.

Please note that VOX doesn’t display tracks from Apple Music, only purchased songs and albums from the iTunes Store.
With a subscription, you get unlimited cloud storage where you can add your music in high definition. Your downloaded tracks are available for listening on your iPhone even without an Internet connection.

Pandora is another famous music app that can be downloaded easily from your iOS App Store. It has a very simple and easy working mechanism. All you need to do is to enter the name of your favorite musician or song and a customized station of music will be created for you. You can add or remove any songs or artists from the station by just giving your opinion in the form of a thumbs up or thumbs down.

Pandora Music App’s free version does play ads, however, you can remove them by subscribing to Pandora Plus membership that costs $4.99 per month. In addition to removing ads, it also improves the quality of music and facilitates you with listening to music offline. In case you wish to create your very own playlist, you can get a membership of Pandora Premium for $9.99 per month.

We all are well aware of YouTube Music. It is one of the best music apps that allows you to watch music videos rather than just listen to the music audio. It gives its users access to music of all kinds of famous and local music artists, new and old songs, and remixes. Furthermore, it also creates a custom playlist for you, depending upon your latest music listening history. Although the interface is clean, the app displays ads that can be annoying, but you do not have to watch them when you subscribe to the YouTube Music Premium offer. This membership also allows its users to play the music offline.

Last but not the least, Amazon Music offers a variety of features to its users. The best feature of Amazon Music is its ad-free music. The app allows a listening experience of a wide range of songs and artists. You can also download high-quality music without any charges to listen offline. It also creates a custom playlist for you that is in accordance with your recent music history.

These were some of the best music apps for the iPhone. Each of them has its own perks. So which one are you going to download?