Top 10 Gun Brands in the US 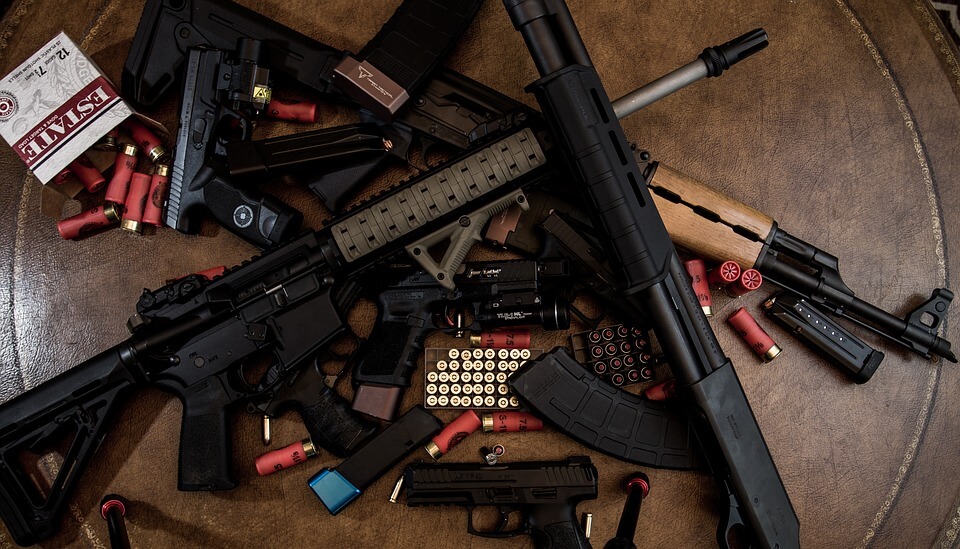 Guns are among the most controversial pieces of equipment globally, with many organizations lobbying against their ownership. However, having one at your home can be a great help just in case something, or someone becomes a threat to your family. Remember that the best way to stop a bad guy with a firearm is a good guy with a firearm. Guns can take a life or seriously injure someone to the extent that leaves them with permanent defects; therefore, it shall only be used in extreme cases if need be.

While many top gun brands are manufactured in the U.S., there are other renowned brands from other countries that are shipped to the U.S. in huge quantities because of their popularity among Americans. These range from assault rifles to shotguns and sniper rifles to handguns and pistols.

As a gun enthusiast, you know that your choice of firearm is determined by the bore diameter, gauge, capacity, accuracy, caliber, design, and other features. But choosing the best gun can be difficult because of the many different options out there. For this reason, we’ve compiled a list of some of the top brands that are worth a shot.

Heckler and Koch (H&K) is one of the most bought and well-known gun brands across the globe, especially in the United States. The Germany-based firearm manufacturer also provides guns to the U.S. military. They emphasize massive automation and also produce grenade launchers.

Heckler and Koch’s guns may be a little pricey, but their top-quality products do the talking for themselves. Its design makes it stand out among other gun brands. This brand’s popular guns include the MP5, UMP submachine guns, the G3, HK417 battle rifles, the HK33, G36, HK416 assault rifles, the MG5, and HK21.

Browning Arms Company is another major powerhouse of the American firearms industry, although a Belgium firearms maker owns the brand. The company is responsible for giving the world numerous new gun models that have helped change the industry’s landscape. Their rifles and shotguns are used widely in the U.S. for hunting purposes.

The use of Browning Arm’s guns like M1918 BAR and M1919 machine gun have helped turn the tide against the Nazis in World War II. The company’s most successful brands include the M1911 pistol and the water-cooled M191.

Colt’s Manufacturing is a gun brand that has been in existence for more than 165 years now. The company, which is listed among the world’s top gun manufacturers, continues to dominate the industry with its modern firearm designs and weapon systems. When it comes to rifles, the M16 and the M4 rifle are the best products from the company. The Colt’s Manufacturing was a major firearms provider in World War I. Their weapons had been a go-to choice for law enforcement agencies of the United States in the past.

Smith and Wesson produces revolvers, pistols rifles of high accuracy and durability. The Massachusetts-based company’s roots go back to the American Civil War when soldiers of both sides flocked to firearm dealers to get their hands on Smith and Wesson’s Model 1 handgun. Their revolvers have been used in many Hollywood blockbusters; one of the reasons they are very popular in the U.S.

Beretta, an Italian brand, is another mammoth of the handgun industry. This brand’s single and double action pistols are in high demand right now. The company’s production is not limited to guns as they make shooting accessories as well. The company’s handguns are easy to carry and upkeep, thanks to their portability and easy maintenance procedures. Most of the Beretta pistols have a decent magazine capacity as well.

Founded in 1816, Remington is the oldest and a pioneer of the shotguns market. Deer hunters in the U.S. widely use the Remington 700 rifle and the 870 shotgun because of their pinpoint accuracy. They make all kinds of firearms, but the brand is mostly known for its highly accurate and durable shotguns. The Remington Model 870 that contains a steel receiver is yet another gem of a shotgun from Remington.

Sig Sauer made its way into the U.S. firearms industry in a unique way when the company’s failed design to replace Colt’s 1911A1 handgun was picked up by the U.S. Navy SEALs. One of the world’s best gun companies, Sig Sauer originally designed firearms for the Swiss military service before it began manufacturing full-sized handgun brands with compact new designs. The Sig Sauer pistol has been ranked as the number one pistol in the world, surging its sales throughout the U.S. It has also obtained a contract with the U.S. Army to provide them with the new Sig Sauer M17 handgun.

Handgun grips and ergonomics matter a lot when it comes to your comfort while shooting with a firearm. This is where Walther Arms excels. The German gun manufacturing brand has made quite a big name in the industry with its excellent quality pistols. Sales for the Walther P22 have blown off the charts in the U.S. for being small, lightweight, and accurate.

GLOCK Inc. operates mainly from Austria and has been a top gun seller in numerous U.S. states for decades now. Currently, about 26 firearm products from this brand are available in the U.S. The polymer-framed Glock pistols are incredibly durable, and most of them have a pointy design. FBI agents mostly use Glock 17 9mm handguns.

While Mossberg is a Sweden-born company, its guns have become more prevalent in the U.S. The company was founded in 1866. The iconic Mossberg 500 pump-action shotgun was introduced in 1960 in the U.S., and the company has enjoyed a massive business since then. Its shotguns are durable and reliable and a perfect choice for people looking to buy a good shotgun for self-defense.

While it is essential to take cost into account when buying a gun, it shouldn’t be much of a concern if your safety is your priority. No one wants to buy a cheap handgun that malfunctions when it’s needed to release a bullet. The gun makers on this list are the best in the industry and are sure not to disappoint you. Use this list as your guide for buying your next gun.